I’m suffering through it as we speak.  But we’re not really speaking, now are we?  This is a one-sided conversation.  So I need to go back and correct that first sentence.

I’ve got writer’s block, and it sucks. 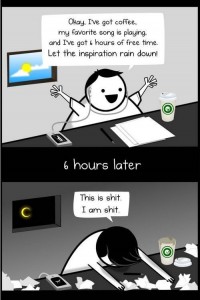 I’m going to sit here and stare at this computer screen and try to write a helpful post about curing writer’s block.

Step 2:  Don’t write a post about writer’s block, because I’m already bored with the subject.  I want to do something fun, so moving on. 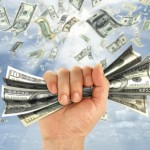 Since payday’s today, and there’s always chatter floating around the office about a herd of people splitting a lottery ticket 300 ways (and there’s always that one person who’s like, “If I win, I’m still going to work here, because I’m honorable, and I’m no traitor, and loyalty is hard to come by, and I’m boring.”), I’m gonna go ahead and list a few things I’d do with my winnings:

And cue the writer’s block.  Apparently that’s all I’d do if I won a lot of money.  Pretty sad, I know, that’s why I don’t play.

I’m overworked on short stories at the moment, so perhaps if I tried my hand at a poem I’d feel better.  Disclosure: I haven’t written a poem since high school, so I’m still under the assumption that it has to rhyme.

I think it is fine,

To drink cherry pie with wine.

And to dine, after wine,

No one will yell, and send you to Hell,

Or cast you under with a warlock spell,

Because you are doing well,

Doing things out of order,

At least you are not an A&E hoarder,

Or one of those dudes crossing the border.

Are you a guy?

I’m not sure what I’ll do with the answer,

But if you are, 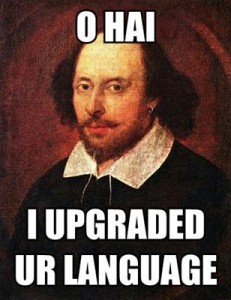 Whenever I insert a picture, I feel like a disc jockey overusing a wet fart sound bite.

I really started to struggle at the end.  Not my best work, but surprisingly, not my worst either.  I guess some people will reflect upon my poem and imagine Heaven and Hell waging war during what was supposed to be civil negotiations served over a delicious feast.  Others will click the X at the top right of the screen and won’t get this far.

That’s the beauty of poetry—you can never win.

How else can I fight this writer’s block?

House of Cards:  My wife and I have been binge-watching this series on Netflix, and we’re almost caught-up—only one episode to go.  It’s basically a backstabbing fest.  The politics can really bend your brain, force you to pause and ask whoever else you’re watching with WTF is going on?  So it asks you to work a bit, and that’s fine, because I feel as though it pays off.  The acting is top-notch, and there’re a handful of super awkward moments I would never want to watch again.

Look at that—I think writer’s block is all but done, because I just wrote a bunch of semi-coherent words, and everything after this is smooth sailings.  Writer’s block isn’t dead though, and that’s the way I want it, so let me perform a fatality by hitting it with a new, super deluxe album from my long-thought-dead/broken-up band.

We started off as The Office Band, well, because I work in an office.  Then there was animosity amongst the members, and people came and went (I believe one member died), and the band’s name changed several times, I can’t remember all of them, but there was an album based on the topic of driving, a few about writing, maybe even one about fitness, I’m not sure. 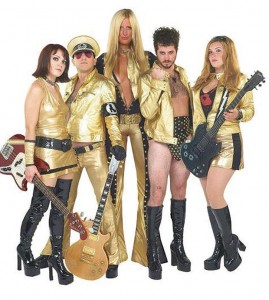 Ramming the Savings Down Your Throat