So I just finished the last major revision of my novel, Dead Butterflies.

Oh yeah, hi!  I’ve been in an isolation chamber for several months if you’re wondering.

It’s funny, because when I look back at the grueling task of editing my novel, I remember that old rule, the one where you’re supposed to hack and slash your narrative apart until it’s crisp and clean and fat free.  In other words, it’s supposed to shrink.  When I began editing, my novel clocked in around 65,000 words.  Now it stands at 104,000 words, and each time I’ve made an edit, the novel grew.  My baby’s now a teenager, and I have just a few more things to teach it before I send it off into the world.

Hopefully it’ll meet the perfect literary agent, and they’ll smooch, and they’ll fall in love, and moving on. 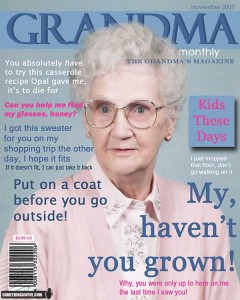 So I was addicted to magazines.  Not reading them, just getting my stories placed within their sacred pages.  I don’t even care about the money.  It’s simply a personal goal of mine to read one of my stories in a prestigious magazine.  I came so close on several occasions, and I know this, because several editors let me know, in fine detail, how close I actually came.  It’s one thing to never receive a reply, or to have a bolded form rejection waiting for you in your inbox, but to be on the cusp of conquering the mountain only to roll back down, that’s been a whole other beast.  It’s been, well, crushing.

The positive here is that I have a surplus of “almost good enough” stories to compose an “almost good enough” anthology, which I think I’ll do, eventually.  The negative is that I’ve put a halt on the short story assembly line, because I have about 3,000 ideas wandering around in this head of mine, and with so many possibilities, I realize what I need to do now is focus.

Work, and focus, and get things done.

To my readers, I think I’m going to get back into blogging.  It feels good writing something other than fiction.  I still love you, Fiction, but sometimes you’re a real big pain in my ass.

I’m sure I’ll have some fresh content to deliver as the week progresses.  Until then, good day!