You are here: Home › Uncategorized › I’m the Agent Now!

It’s been almost a full year since my last post. Reminds me of three formal rejections I received within the last week, two of which had almost aged a year (one was only 436 words short) and the other story was just over a year old. Side note here: if it’s taking you longer than a few months to send out rejections/acceptances, you suck at what you do, and I’ll always remember you, your name, your smug bio pic, and I’ll never stop wishing for you to trip and fall inside an abandoned well and get stranded for an entire year. You’ll have clean water, and you’ll eat the grubs which crawl all over you as you struggle to sleep. And you’ll scream for somebody, anybody to help. And maybe you’ll pray even though you don’t believe. Maybe you’ll become a believer, who knows. And oh yeah, did I mention that both of your legs are broken so you’re just pissing and shitting all over yourself and lying there in a pile of shame. Personally, that’s how I feel when you hold my stories hostage forever and never reply to any of my inquiries and make me feel like an idiot for even thinking of asking. Aspiring authors deserve better treatment than what they’re getting. But honestly, this is a topic/rant for another day.

I’m an agent now! Not literary. I’m a REAL agent of the estate kind. I attended night classes last year, earned all of my credits, logged all of my classroom hours, then passed my tests in February of this year. I joined Cutler Real Estate a few weeks prior to getting my license, and now I’m part of a team of about ten awesome agents who’ve done wonders helping me learn the ropes. 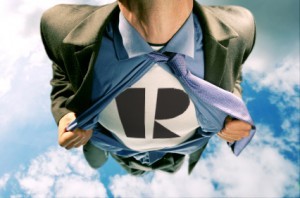 Becoming an agent has been the best move I’ve ever made career-wise. I’m finally happy, like seriously happy, and I finally love what I do and feel worth. Now granted, I never considered writing a career. It was always a hobby that, after time, I tried to force into a career. I had set some goals, like get a literary agent, get traditionally published, get a short story accepted in a professional market, then get three professional credits to earn some fancy membership (I forget into where now). After a while, my writing had become less art and more obsession with acceptance. And I didn’t like that guy.

While I feel like real estate is my true calling as it blends all of my passions—house-hunting, deal-shopping, meeting new and exciting people, being able to provide top-notch service and impress, writing to introduce and differentiate myself, and pushing myself out of the lonely cocoon I’ve let amass around me—I’m not giving up on my inner author. Much to the contrary, I’ve become more passionate about my writing than ever. 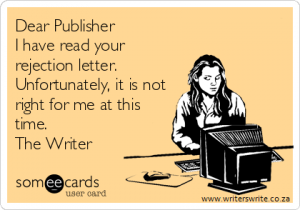 If you’ve read any of my posts, you’ve probably heard me talk about rejection and how over the years I’ve shipped off an “assload” of content into the far depths of digital space. It had become an addiction, and there were days when I’d send out 15-20 submissions. These were always well-researched, mostly personalized queries which took up a ton of my time.

I’m happy to say that I’m officially done. While I wait for the rest of my rejections to trickle in, I’m going to focus my efforts into prepping my library of content for self-publication. This includes four novels (2 middle-grade, 1 satire, 1 mystery/thriller) and a book of inter-connected short stories (mostly mystery/horror/sci-fi/spec-fic). I’ve begun searching for artists/graphic designers to create book jackets (for both print and e-book). So if that’s you, and your work is pretty bold, shoot me an email and let’s chat. 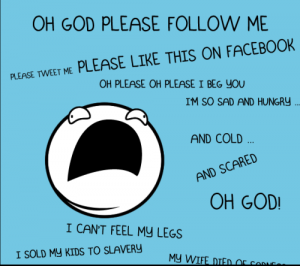 I do feel like the curse of being a writer has all but left me. That might not make sense, but honestly, for the longest time I’ve wished for my burning desire to write to GTFO. Leave me be. Allow me to finally have some peace of mind. Funny thing though, but it was never the writing. It was the craving for acceptance. I think with where we’re at technologically, with everybody being so inter-connected, with avalanches of updates coming at us from every angle, with YouTube fame, regular people filming themselves performing mundane tasks and getting millions of views for it, with likes, thumbs ups, hearts, an emoji for every emotion, it’s hard not to get swept up in the great game.

I’ve gotten away from that mindset and learned all I’ve ever wanted was to see my work in print. To eventually pass it along to my sons (when they’re 18, of course). And then, well, the end.

From here forward, I’m going to start incorporating more posts about being a new agent in a super-hot, fast-paced market. Think about tossing a toddler into a raging river (that doesn’t sound right). As an author, a ton of ideas have come to mind. I’m going to try and get my first post up in the next few days. Like I hinted at before, I’ve always been nervous about putting myself out there. Especially in person. Public speaking has always terrified me. But it’s different in real estate. I actually like and look forward to doing it. And I was super excited to push myself to do things I’ve never done before, like door-knocking, which I tried for the first time yesterday. And as I went house to house, I documented the entire trip through a series of notes written in-between stops on my iPad (can I get paid for the name drop, Apple?). Overall, I’m hoping my excursion is something that’ll be funny, informative and motivational.