Most people cringe when it comes time to edit their work, so I thought it would be helpful to share some tips I picked up along the road to Mordor (The Lord of the Rings reference) while editing The Memory Eater. 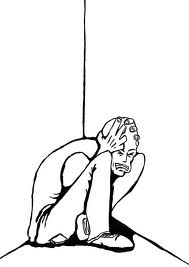 Sure, there are universal rules out there for grammar and sentence structure, but the rules are constantly being broken.  I’ve seen bestselling authors who don’t use quotation marks for dialogue.  Who purposely misspell words.  Who don’t capitalize proper nouns.

Fact is, readers don’t care if you break the rules.  As long as you’re consistent, whatever you do will come across as intentional.  But if you leave off the quotations marks for only a few lines of dialogue, misspell only one word or capitalize half of your proper nouns, then your work comes across as an error-filled mess.

The problem with reading work inside your head is that’s where you originally forged the idea.  You won’t catch certain errors unless you present them to yourself in a different light.  Like your voice.  Ears are especially good at catching awkward dialogue and problems with pacing. 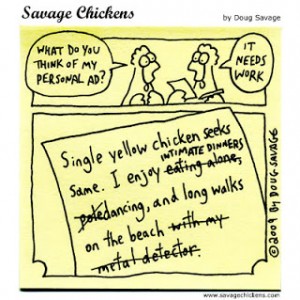 I know it’s tempting to dive right into editing a story, but if you don’t approach editing in steps, you’ll most likely double your tacks.  My process consists of three steps:

My first step is developmental editing.  This is where I focus mainly on shaping the plot, pacing issues, characterization and narrative structure.  These are like our vital organs—if we let them fail, our exterior appearance won’t matter much, now will it?

My second step is line editing.  This is the exterior—the makeup—the eye-candy.  With line editing, we’re trying to make the text readable, effective and interesting.  This includes grammar, punctuation and sentence structure.

To finish off my sundae of edits, I go through the story again but specifically look for consistency issues.  You see, if you focus on the biggest problem first and handle editing in steps, attention is dealt with in cascading fashion, and the little energy you have left is saved for the easiest tasks.

Stories are exactly like directions—the reader has no idea what’s coming, so your words need to be exact and easy to follow.  That means it’s time to put the thesaurus down and cut to the chase.

I’ve seen it too many times before—authors trying to create mazes within their text.  As a reader, I didn’t sign up for a difficult Sudoku.  I’m here to be wowed.

To convey your point as smooth as Keith Stone, just say what you mean in the simplest way possible.  You have an unlimited amount of periods available at your disposal, so use them.  There’s no need to have sentences the size of paragraphs.

Avoid decorating the story with unnecessary description.  Wild scenes, elaborate devices and absurd characters typically don’t drive the action forward.  And if you’re relying on these sorts of things, then your central story is lacking.  That or you don’t believe your plot is interesting enough to stand alone.

You should only be describing things that either set the tone or will have an actual impact on the plots/characters/settings.  For example, a recent story I read spent several paragraphs detailing the main character’s profession.  The problem is, it didn’t have any effect on the resolution.  Those paragraphs threw the entire story off for me, not because it was wasted space, but because every sentence in a story is a clue.  Readers are constantly anticipating this.  They’re trying to put your clues together and figure out the resolution before it’s revealed.  So in the example I provided, since the author took the time to detail the profession, I kept that clue open in my mind as I continued reading.  Not only did this detail leave me with a question at the end, but it also stole part of my attention from important parts of the story.

As authors, we want to suck readers into the important details of our stories, not a laundry list of descriptions.  Give readers the need-to-knows of your story and let them fill in the rest.  Think of it as a doctor’s visit—if the doctor says you have a life-threatening disease, do you really care about the shape, color or nickname of it? 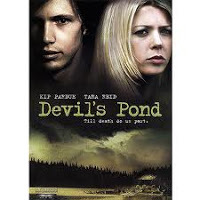 I can’t remember the last time I detailed one of my main characters.  But I do remember other people’s, and not in a good way.  I have the mirror-description scene burned into my mind, and every time I come across a character with stunning, unique, dreamy, bright, blue eyes, it comes across like a Tara Reid movie to me.  Come on now—do you really want to be a Tara Reid movie?

Truth is, authors should be showing readers the story opposed to telling.  Say the MC huffs and puffs as he walks up a flight up stairs.  I’ll assume the MC is overweight or out-of-shape.

Reading an action or description or saying a few times is fine, but seeing the same thing over and over again in story after story is like having to watch the same commercial during each break.  If you’re looking for concrete examples, check out my post about agent/editor/reader pet peeves.

At first, certain commercials can be cute, that is until you see them several times every week.  Then several times a day.  Then you hear that damn catchy music, and you know what’s coming, and you hate the commercials, and you hate their products, and you take a vow to never buy from these companies ever again.  Okay, maybe not to this extreme, but this same concept applies to stories.  Go through and pluck these things out.  If you’re creative enough to come up with a unique plot, don’t drop the ball when it comes to little things like this which can easily make you look like an amateur.

There’s a difference between giving the reader clues and trying to hammer home the point.  I’ve seen replica sentences used countless times in stories.  Once you decide to give away an important piece of information, trust that the reader will remember it for the remainder of the story.  There’s no need to constantly repeat the same thing, especially since there’s a point where it becomes distracting.  Plus stories should be multidimensional.  You want to distract your reader with the different layers of your story and then throw them a curve ball at the end which makes them remember the breadcrumb clues from earlier.

Be Hard on Yourself

Don’t debate on whether a sentence of yours should stay or go because it’s your favorite.  Ask yourself if it adds anything to the plots/characters/settings.  If it doesn’t, well, get rid of it.  This isn’t A&E’s Hoarders.

Make Sure There’s a Point to Your Story

At the end of a story, even if you’re rewriting “Why’d the chicken cross the road?”, make sure there’s a reason to back up the action.  Readers always want to know why.  Why’d the MC kill his sister?  Why’d the aliens attack our world?  Why’d the hacker open up his own daycare?  Think of readers as homicide detectives on a case—they want answers even if they don’t understand them.  They want the point.  That’s what separates stories from observations and opinions and descriptions. 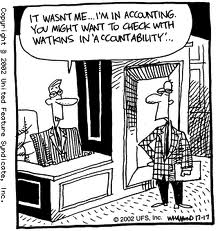 If something doesn’t work, it doesn’t work.  Duh, right?  What I’m saying is don’t get married to anything in your story.  I’ve scrapped entire novels because they were either too complex or didn’t come across as I intended.

It helps when creating a character to basically say to him/her right off the bat, “If you don’t get the job done, or if you’re too one-dimensional, I’m putting you in the recycle bin.”  Same thing applies to the rest of your story.  Hold plots/characters/settings accountable.  Make them pay if they don’t pay off!

I know that I’m not always going to get it right.  I’ll produce stories that don’t go anywhere.  I’ll dream up stale characters.  I’ll rush to get done, and I’ll rush to get started.  At the end of the day, no matter how good I think a work of mine is, I know anything written is subjective to change.

One Response to "9 Editing Tips"