I would like to share some helpful tips I’ve acquired after years of receiving both positive and negative critiques.  The whole reviewing process, handing out your manuscript and awaiting feedback, is a complicated maze.  You’ll need a good set of tools and experience using them to guide yourself to the cheese. 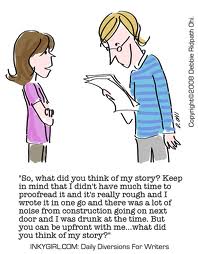 First things first—be open.  Expect flaws to be revealed.  Expect to edit/rewrite.  Expect mistakes on the reviewer’s behalf.  No one is perfect, and that’s why your work won’t be either.  This way, if you go in expecting to work, you won’t be disappointed when it piles up in front of you.

Remember, not everyone is open-minded, so your first tool in deciphering a critique is understanding who it’s coming from.  With this, you can weigh the critiques accordingly.

It’s also useful to classify the reviewer as a reader or writer.  Writers are helpful on the technical side, while readers are best used to mold the story. 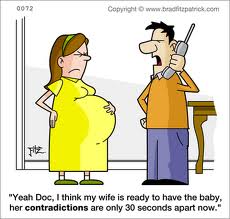 Contradicting opinions is where the process of editing your piece gets confusing.  Say you wrote a story that revolves around a part-fish philanthropist who inherits a mime filled with rage, and one person rips your plot to shreds whereas another praises it.  As an editor, which I believe every author should strive to become, it’s your job to find similarities.  With the two you already have, it’s hard to find a balance, so another helpful tool is to amass as many reviewers as possible.  Five is always a good number, especially being odd, and it’s also low enough to be achievable.  Remember, having more eyes skim your writing makes the path to the cheese that much clearer.

Again, you want to use the tools above when choosing reviewers, because if you ask five no-nonsense, science-fiction-hating people to review your story about a zookeeper who once killed a cop traveling through different centuries in a hot air balloon time machine with an Olympic diver who won the lottery, well, you might not receive usable feedback.

Something I’ve seen a lot of writers struggle with, especially from fellow writers, is hate/jealously.  Let’s face it, not everyone is nice, and sometimes people have a hidden agenda, especially if you’re receiving praise and they’re not.  So while I think every review holds some truth, you have to learn what to keep and what to discard.

As an example, I entered a story into a contest and received a lot of positive feedback, except from one person, who very rudely tried to nit-pick my plot apart.  I later found out that the reviewer was angry because I used the plot she intended to use.

Chances are, you will cross paths with someone like this, and again, use your tools to find the truth.

The last helpful tool I have for you is knowing when your story is complete.  What I found works best is to edit the story, place it off to the side, work on something else, then come back and read it with a fresh pair of eyes.  If you’re happy with what’s there, it’s a good idea to find a new set of reviewers following each revision.  If you don’t have this luxury, the old reviewers work just fine.  If they’re fed-up with reading your work, perhaps you can bribe them?  And if they like it, and you agree, start sending it out to agents and publishers.  If you’re still seeing problems, keep editing.

Now if you’ve just finished editing the 7th draft of that story about the patent clerk searching for a life purpose who finds he is related to a magical snowman from Colorado, and you’re debating if it needs an 8th round or not, well, sometimes it’s better to wipe the slate clean and move on.  I’ve gotten stuck in ideas that are nasty whirlpools where the best outcome was merely surviving.

There are endless amounts of ways we can get to the end, but as a unique writer, you need to sort out the tools that work best for you.

But in the end, practice makes perfect, and until you hit a dead-end and turn around, you’ll never find the cheese.  Just remember to stay positive and stick with it.  Giving up is the only way to lose.