You are here: Home › Uncategorized › 10 Things to Make My Dark Knight Day the Best Ever

For those who don’t know me, I’m a super Christopher Nolan fan, so I’m insanely pumped to see The Dark Knight Rises.  While I already know in my heart that I’m going to love the movie, I couldn’t help but dream up 10 things which would make the overall day a complete utopia. 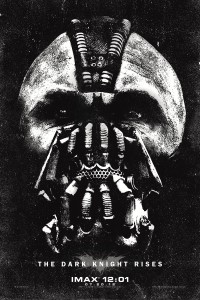 1.  Christopher Nolan calls me first thing in the morning and says, “Hey, while you’re watching The Dark Knight Rises, I’ll be reading The Memory Eater.”

2.  While still on the phone, Nolan says, “What do you think about Hans Zimmer?”  When I say, “He’s the best, and amazing, and awesome,” Hans laughs and says, “Gotch ya!  You were on 3-way the entire time.  Oh, and I’d like to compose the score for The Memory Eater audiobook.”

3.  At work, Ra’s al Ghul uses his “particular set of skills” to help me track down the person who stole my favorite blue pen.

4.  A coworker knits me a quilt in memory of the Joker, because we all know movie theaters have the A/C cranked down to 41 degrees.

5.  Alfred drives me and my wife to the premiere of The Dark Knight Rises with Commissioner Gordon leading the way on his police motorcycle. 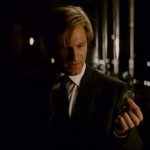 6.  After purchasing my tickets with a $20 bill, I get Harvey Dent’s burnt coin back in the change.

7.  I catch a glimpse of the Scarecrow going into Magic Mike before entering the theater.

8.  Once inside the theater, Reese (the guy who tried to give Batman’s secret identity away) is sitting in my reserved seat in the middle of the theater, so Christian Bale rushes over and curses him out in his Welsh/English accent.  Then Bale disappears, and before Reese can leave, he gets grapneled around the ankles and pulled up into the ceiling rafters.  Bale, now dressed at Batman, drops down to shake my hand.  I tell him I’m one of ten people who loved him in Equilibrium, and that I was so happy he didn’t kill those puppies.

9.  Before the movie, instead of showing trailers, Morgan Freeman narrates one of my short stories. 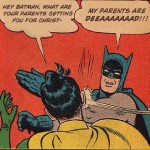 10.  During the movie, George Clooney is next to me wearing his costume and rubbing his bat nipples, saying how he was the best Batman.  Mit Romney, I mean Bane, comes over and breaks his back, then tosses him out of the theater.  When Bane takes Clooney’s seat, we have a short conversation about how lame Robin is.  While I can only make out every third word he says, I understand him through his eyes. 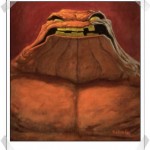 Back to reality—I wake up, and at the breakfast table, I flex and say, “I’m Bane,” and my son says, “No, you’re the Penguin.”  I begin to cry, not because of the Penguin comment, but because I want to see Nolan’s version of Clayface, the Riddler and Killer Croc.