You are here: Home › Uncategorized › Read the Openings for my Freshman and Sophomore Novels! 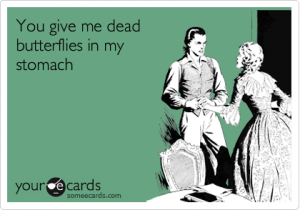 This is a very exciting moment for me, because over the last year, I’ve been hard-at-work on two polar-opposite books. And now their time has come to be served to those who matter.

Dead Butterflies (101,000 words) is about a father who poses as a psychologist in order to infiltrate the life of his son’s murderer and destroy him from the inside out.

Fear the Flex (54,000 words) is the first entry in The Worst Principal Ever series. It follows a lazy middle-school student who’s sent off by his parents to a fitness-inspired summer camp where he must do battle with his new, seemingly corrupt, meathead principal.

I’ve begun the calm and soothing process of querying agents. I usually send my heartfelt letters off while listening to Enya and sipping on frozen margaritas while reclined in my Chaise Lounge. My two boys enjoy holding the golden chalice at face-level and angling the bendy straw so it hooks into my mouth, granting me the perfect sip.

Don’t worry, I keep telling them that their service will pay dividends once the agents begin lining up outside our door with ludicrous offers which make me blush and say, “Guys, gals, you’re simply being too generous.”

Then I wake up to the sound of one son crying, the other ratting him out for having managed to spill and paint over my freshly painted paintjob with what seems like a gallon of yogurt from a measly 6oz. container.

Then I realize that the real battle is set to begin—the battle of being heard over all of the other thousands of big dreamers.

The thought of failure used to hold me back, and in this day and age, with opinions running rampant, literally killing dreams left and right, it’d be easy to linger in the shadows. But I’m ready to put myself out there and let my work stand on its own.

I have high hopes that both of my books will find suitable homes. But in the meantime, I’ve simply got too many damn ants in my pants. For that very reason, I’m jumping the gun a bit and offering up the first three words of each book. 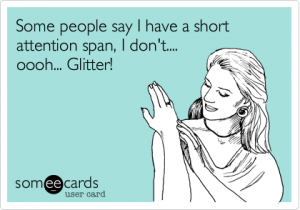 Why am I doing this? Well, all the experts (yes, in the entire world) seem to agree that the average reader’s attention span is roughly three words, so, let’s stop beating around the bush already. Here are the only words which matter—those which will either force you to turn the page (or stay on the page and read the remainder) or cause you to toss it in the garbage, then dig it back out, because it’s from the library (or maybe it’s an e-book—I don’t know).

Now it’s time to get back to work to ensure that the rest of the words become available to the world. (I used “to” four times in that sentence)