You are here: Home › Uncategorized › That’s a Wrap! Thoughts on My First NaNoWriMo

Well, November was a complete blur.

I had never participated in National Novel Writing Month before, and I hadn’t planned on it this year either. But two days before it was set to start, I decided what the hell and made the commitment.

I had pumped out roughly 65K words of my latest novel over a two month period and was mentally lagged. Or maybe lazy, I don’t know. Sometimes it’s hard to determine which is which.

NaNoWriMo seemed like the perfect opportunity to not only try something new, but also hold myself responsible for finishing this book. 50K was enough to complete the first draft, but forcing myself to write wasn’t as easy as I had initially thought.

I’m a burst writer. When I’m feeling it, I write, and it’s not unusual for me to bang out 3-4K words in an hour or two for several days straight. I like to work with a steady stream of consciousness so everything I’m laying down is interconnected. When I’m not feeling it, there’s a blinking, yellow light on my forehead. This indicates “recharge” mode. 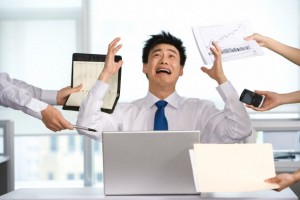 I don’t fret over not writing anything for a few days. There’s plenty of other things to do when you’re a writer, like edit stories, edit novels, edit queries, submit queries to both editors and agents, keep track of submissions, follow leads, keep up-to-date on the industry, read helpful tweets, read helpful blog posts and articles, read for enjoyment, read to learn, and so on and so forth.

Everything I mentioned is proof that if you are to succeed as a writer, you need to concoct your own plan of attack and stick to it. If your plan keeps failing, go back to the drawing board, keep reading, keep learning, and come back with another. Which is why I ultimately decided to give NaNoWriMo a shot. It’s a month filled with hard work, dedication, sweat, many profanities and nachos, but most importantly—it’s a predesigned plan. You write 1,666 words per day, and at the end of the month, you’ve got yourself 50K.

As a burst writer stuck recharging, NaNoWriMo gave me the swift kick in the ass I needed. It wasn’t easy, which is probably why I had never attempted the feat before. But it was definitely worth it. Perhaps I had preconceived notions about writing a different way—that speed could and possibly would ruin any sort of creativity I was brewing. But this was far from the truth. I feel as though I cranked out some of my strongest writing of the year during November.