With Prime Day officially behind us, 100% of customers were left wondering, “Da fuck?” 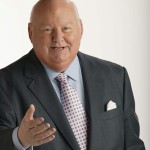 We polled a local government office where a majority of the employees spend upwards of eight hours a day shopping online, only breaking to fight amongst themselves about whose turn it is to run out and grab the nearest unhealthy lunch.

After six hours straight of scouring Amazon’s puzzling maze of haphazard sales, often times winding up in odd places where many asked themselves, “How the Hell did I get here?”, Milfred Johnson leapt out of her chair and yelled, “Yippeeeeeeeeee!” Her boss immediately rushed the scene, and after discovering what was going on, said, “Shhh! Don’t you ruin this for the rest of us!”

“I had a bad headache,” Johnson explained. “You could call it a migraine if you want. Anyway, I went on Amazon and saw a lightning deal for aspirin. There were only six left in stock, and they were marked 2 cents cheaper than Walmart, which is right up the road. What can I say? I panicked and made the purchase. I needed the cheaper price. That’s when I jumped up and yelled Yippeeeeeeeeee. But after my boss scolded me, reality set in—shipping! How could I forget about the goddamn shipping?” 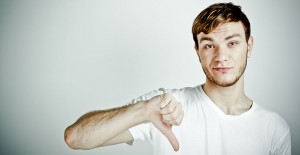 Office scrub Daniel King wasn’t too happy for other reasons. “I’ve been hunting for some deep discounts on electronics. I’m a nerd, deal with it. But when I got to Amazon’s main site, I did a double take. Then I changed my contacts, because my glasses were smudged. Then I even closed out of Internet Explorer and reopened the page in Firefox. I didn’t even know my work computer had Firefox. It was awesome.” After wiping some drool from his mouth, King continued, “Yet again, I came face-to-face with the same exact page. There was confetti and balloons everywhere. Dudes made out of boxes. You’d think there was a giant party or something, but I only saw knee braces and shoehorns and stuff I never knew existed like airplane seat extenders and plastic silverware repair kits.”

Asked to speculate on the situation, King said, “I think Amazon got invited to some other retail store’s birthday party, and they got a grab bag with a bunch of junk in it. Disappointed, I think they turned to the public to try and unload the junk while also turning a profit to cover the cost of travel to said party.” 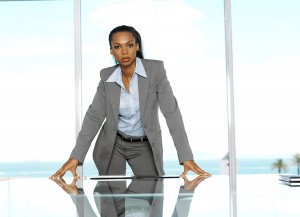 “The only item I recognized was a jar of crumbs going for 98 cents,” said Director of Operations Joann Hill. “I had just entered my 7th hour of online shopping and didn’t want to leave work with nothing to show, so I purchased two jars, figuring I’d make breaded chicken down the line when I knew fully well those crumbs would rot away in my pantry until I sold my house and was forced to purge shit I didn’t feel like lugging to the next place. But when I got the package, I found that the jars were literally filled with crumbs which Amazon swept off their warehouse floors!”

“We got the idea from movie teasers,” said Mercap. “A teaser for a teaser trailer for a trailer for a movie. It’s brilliant, really. Like those Russian dolls—when do they end?”

We asked Mercap about the growing speculation that “Primer Day” would see the retail giant attempting to unload its massive backlog of painting primers. “Gosh, we’d never,” Mercap said as he wiped a sleeve-full of sweat from his forehead. “For Primer Day, we’re really gonna lay it on thick. Our 2 in 1 deals will simply blow people away. We’re talking about rolling out the savings and stripping away people’s perception of what Black Friday really is so we can paint over it with a prettier color!”

“Sure, this entire experience has been liking banging your crush, only to find out that the condom broke, and now you’re having a kid, but you’re totally not ready and how can you tell your parents who you still live with? But on the plus side,” said King, “I’d like everybody to know that I’m officially taking my talents to Firefox.”