You are here: Home › Uncategorized › Never Give Up 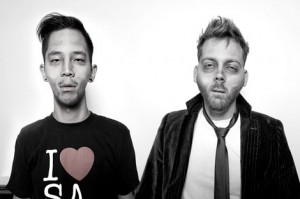 It’s something of a cliché in movies. The desperate, struggling artist. He or she becomes completely obsessed with the idea that they’re on the verge of their big break. They sniff and are able to smell the faint trail of victory hanging in the air.

These damned people allow their dreams to suck their very lives straight out of them. They lock-on. They shut everybody else out. They enter a tunnel and hold their collective breaths. Like Hell they’ll gasp before accomplishing their life-long goals.

There have been times when I’ve thought of writing as a curse. It’s always there. The itch. The craving to create the perfect world. The pieces are scattered throughout my mind, all I have to do is enter the tunnel, shutting everybody else out so I can focus, and then I have to search tirelessly until I find the right pieces—then I fit them together, and by the time I’m done, how much time has passed me by? What reality-based obligations have I brushed off?

Why does it need to be perfect? So when I give birth to the story, and it enters the real world, my baby doesn’t get shredded back to useless pieces.

This is called self-sabotaging. Unnecessary pressure. I’m setting myself up for failure before I even give myself a chance.

It’s something I’ve developed after enduring hundreds of rejections.

A few months ago, I was steadily approaching 300 (mostly form) rejections. As of today, I’m well over 400. The rejections have mostly come from magazine venues. Why have I been submitting to magazines, and why have I been doing so at such an increasingly furious rate which I shall call my Ridiculous Submission Rate (RSR)? Well, before this obsession began, I had been landing in quite a few anthologies and wanted to take what I assumed to be the next logical step—I dreamed of becoming professionally published in top-shelf magazines. I liked to picture those magazines smeared across every book store as I strolled through their aisles, and I dreamed of being able to point at one, perhaps with my name on the cover, and say to my family, “Hey, look—there I am—a nicely-sized name on an exquisite cover. What are your thoughts, dear family?”

“Of the name or the cover, dear father, dear husband?” 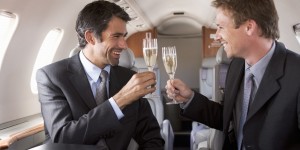 Obviously I found out the hard way that the goal I set for myself—earning a place amongst the already established authors in their…clubs is a good word for it—well, it’s a bitch. It turned me into that movie cliché. It sucked the life out of me. And for whatever reason, the more rejections I received, the more I wanted in. I shut people out so I could wander off inside my head, searching for the perfect pieces. I would show them. I’d write the perfect story, and they’d have to accept me.

I’ve been trapped in this state ever since moving on from The Memory Eater two or three years ago. I’ve shied away from people. Back to my dark corner. If someone reached their hand into the shadows, I’d scratch at them with my claw for a hand, my untrimmed, yellowed finger nails, and in-between much hissing, I’d growl, “No, my corner, my cobwebs, stay away!”

Here’s a good picture of what isolation did to me: 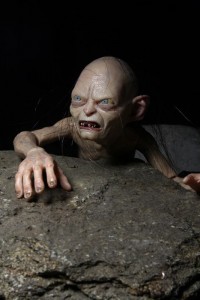 By the way, this is an action figure by my favorite company Neca. Look at that attention-to-detail!

The reality in all of this is art, in any form, can become a curse…if you let it.

Truth be told, there’s an absurd amount of writers out there.

Why do I write?

My wife asked me this very question. Was it for the money? I told her yes, then explained that money meant a professional publication with a following deemed my story worthy enough to purchase it, which in turn gave me validation as a writer. In this lonely wasteland, aren’t we all scavenging the lands for validation? And when we find it, we swoop in like vultures, or like those oil-craving maniacs from Mad Max. In essence, I convinced myself that the people who mattered held the payments, the symbolism here would be an award, and if I finally put together a story that mattered, they’d hand me these awards, and I’d accomplish my dream of being worth a damn.

I can write that nonsense all out now and laugh about it. The above is a curse. Why so much pressure? Just to be accepted by strangers?

I began writing because I enjoyed the stories my mind came up with. I enjoyed following characters in different worlds doing batshit crazy things. I enjoyed their predicaments and the creative ways they overcame them.

I became an author because I love creating art.

I think we all start out this way. Sometimes we get obsessed, because we’re confused. It’s hard enough hand-selecting everything for a new story set in a blank world, so when it comes time to make decisions in reality (where to publish, how to get my name out there, can I create my own book cover, will it be any good, can I mention this and that, will I get sued, what’s an agent, and do I need one, and how does I gets one, and will he or she or it kill for me and my book?), we’re already mentally spent, and even more so when we realize that writing’s only half the battle.

So why shouldn’t you give up? Because it doesn’t matter. There have been trillions of stories before yours, and there will be trillions of stories after. You can pick any single story out of the lot, and at one point in time, it was probably considered great, and at another, maybe in the future, it will or has already been deemed terrible. And these opinions constantly change from reader to reader from time to time. So many variables, an infinite amount of possibilities. This field is so subjective, and on any given day, your story may be a star. It may suck. Who gives a shit. Write because you enjoy it. And if other people tag along because they enjoy the worlds you’ve created, too, well then…

I’ve already seen people abandon their dreams. To want something so bad for so long, and then, out of nowhere, come to the conclusion that it’s never going to happen. So they quit and moved on, and that’s when it hit me—nothing’s as sad as seeing someone give up on their dreams.

So don’t…don’t you dare!