Back in December of 2011, my wife passed along a link to me regarding some investment banker’s interesting scary email to a girl he had just went out on a date with.  I guess the short of it is, at the last minute, a friend canceled meeting this guy, Mike, at the Philharmonic, so Lauren ended up filling in.  After one date, this is the email Lauren received.

NOTE: As a site dedicated to writing, I’m going to bold some awesome lines we could all use in our stalker/crazy-person related stories.

FYI, I suggest that you keep in mind that emails sound more impersonal, harsher, and are easier to misinterpret than in-person or phone communication. After all, people can’t see someone’s body language or tone of voice in an email. I’m not trying to be harsh, patronizing, or insulting in this email. I’m honest and direct by nature, and I’m going to be that way in this email. By the way, I did a google search, so that’s how I came across your email.

Things that happened during our date include, but are not limited to, the following: 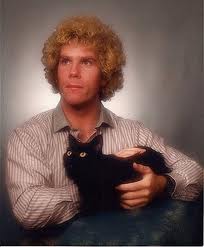 -We had a nice conversation over dinner. I don’t think I’m being delusional in saying this statement.

In my opinion, leading someone on (i.e., giving mixed signals) is impolite and immature. It’s bad to do that. 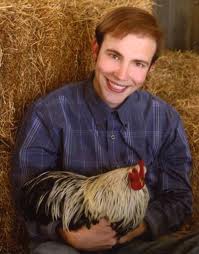 Why am I writing you? Well, hopefully, we will go out again. Even if we don’t, I gain utility from expressing my thoughts to you. In addition, even if you don’t want to go out again, I would like to get feedback as to why you wouldn’t want to go again. Normally, I wouldn’t ask a woman for this type of feedback after a first date, but this is an exception given I think we have a lot of potential.

If you don’t want to go again, then apparently you didn’t think our first date was good enough to lead to a second date. Dating or a relationship is not a Hollywood movie. It’s good to keep that in mind. In general, I thought the date went well and was expecting that we would go out on a second date.

If you’re not interested in going out again, then I would have preferred if you hadn’t given those mixed signals. I feel led on. We have a number of things in common. I’ll name a few things: 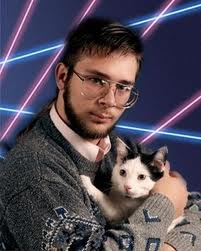 I could name more things that we have in common, but I’ll stop here. I don’t understand why you apparently don’t want to go out with me again. We have numerous things in common. I assume that you find me physically attractive. If you didn’t find me physically attractive, then it would have been irrational for you to go out with me in the first place. After all, our first date was not a blind date. You already knew what I looked like before our date. Perhaps, you’re unimpressed that I manage my family’s investments and my own investments. Perhaps, you don’t think I have a “real” job. Well, I’ve done very well as an investment manager. I’ve made my parents several millions of dollars. That’s real money. That’s not monopoly money. In my opinion, if I make real money, it’s a real job. Donald Trump’s children work for his company. Do they have “real” jobs? I think so. George Soros’s sons help manage their family investments. Do they have “real” jobs? I think so. In addition, I’m both a right-brain and left-brain man, given that I’m both an investment manager and a philosopher/writer. That’s a unique characteristic; most people aren’t like that.

I’ve never been as disappointed and sad about having difficulty about getting a second date as I am with you. I’ve gone out with a lot of women in my life. (FYI, I’m not a serial dater. Sometimes, I’ve only gone out with a woman for one date.) People don’t grow on trees. I hope you appreciate the potential we have.

I suggest that we continue to go out and see what happens. Needless to say, I find you less appealing now (given that you haven’t returned my messages) than I did at our first date. However, I would be willing to go out with you again. I’m open minded and flexible and am willing to give you the benefit of the doubt. I wish you would give me the benefit of the doubt too. If you don’t want to go out again, in my opinion, you would be making a big mistake, perhaps one of the biggest mistakes in your life. If you don’t want to go out again, then you should have called to tell me so. Even sending a text message would have been better than nothing. In my opinion, not responding to my messages is impolite, immature, passive aggressive, and cowardly. I spent time, effort, and money meeting you for dinner. Getting back to me in response to my messages would have been a reasonable thing for you to do. In addition, you arrived about 30 minutes late for our date. I’m sure you wouldn’t like it if a man showed up thirty minutes late for a first date with you.

If you’re concerned that you will hurt my feelings by providing specific information about why you don’t want to go with me again, well, my feeling are already hurt. I’m sad and disappointed about this situation. If you give information, at least I can understand the situation better. I might even learn something that is beneficial.

If you don’t want to go out again, that I request that you call me and make a sincere apology for leading me on (i.e., giving me mixed signals). In my opinion, you shouldn’t act that way toward a man and then not go out with him again. It’s bad to play with your hair so much and make so much eye contact if you’re not interested in going out with me again. 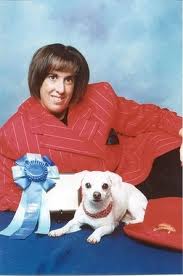 I have tried to write this email well, but it’s not perfect. Again, I’m not trying to be harsh, insulting, patronizing, etc. I’m disappointed, sad, etc. I would like to talk to you on the phone. I hope you will call me back at xxx-xxx-xxxx> (if it’s inconvenient for you to talk on the phone when you read this email, you can let me know via email that you are willing to talk on the phone and I’ll call you). If you get my voicemail, you can a leave a message and I can call you back. Even if you don’t want to go out again, I would appreciate it if you give me the courtesy of calling me and talking to me. Yes, you might say things that hurt me, but my feelings are already hurt. Sending me an email response (instead of talking on the phone) would better than no response at all, but I think it would be better to talk on the phone. Email communication has too much potential for misinterpretation, etc.

So which of the four guys above fits the narrative?  (I couldn’t find any pictures without someone holding an animal)

It’s kind of funny at first, but then it gets a little scary, huh?  If Mike (if that’s his real name) just cut some of the repeating phrases out and cleaned up some areas, especially the bloated paragraphs, I think this would be a real winner.

I think Mike is a very unique character who writers can learn a lot from.  Even though we don’t have a picture of him, his dialogue alone paints a visual.  His harping on the same issue over and over tells us he’s desperate/obsessive.  And the fact that he can’t accept rejection tells us he’d never make it as a writer.  Can you imagine this guy querying agents/publishers and getting nothing but rejections/non-responses?

But there are some gems in this email that are worth using.  And Mike, as a character in a story, sounds very intriguing.