You are here: Home › Uncategorized › 6 Fake Calls for Submissions

Oh boy, look what I went and did—gathered six of the stereotypical places you, an honest, decent writer, can go ahead and submit to.  Markets like these actually do exist (I may have exaggerated a tad), but instead of bullshitting you, I took the honest approach and laid it all out on the table.

Crazy Tadpoles Presents Ken Smith’s Renowned Award and Prize in Fiction, Nonfiction & Poetry for One and All Alike

Our title was already a mess, so we couldn’t find a place to stick “free” in there.  So before we get started, yes, this contest is FREE!  Hurry and share this contest with all of your friends before you read any further.

Okay, you probably did it, so here we go: 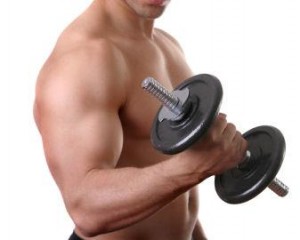 Ken Smith is the renowned author of 24 self-published books which have a combined review count of at least 9, half of which are sorta positive.  He has won awards no one’s ever heard of.  His website is one of the best Geocities sites we’ve ever seen, and if you’re still with us, Ken also has a bridge to sell you.

When Ken isn’t busy writing, he’s usually applying to a minimum of two jobs per week and recording this information with the State’s unemployment office.  There’s not much else to really put here, so moving on…

We want it all: Fiction, nonfiction and poetry.  Has a piece of your writing been rejected by everyone in the world, even animals?  Then send it to us.  Seriously, go ahead and send it.  We’re not biased here.  Money  Writing is always a great thing to stuff in our pockets and take out and use for personal stuff like groceries for our families or a newly released video game.  We’d never deny your money writing.  Dumbasses.

To enter, please follow this link to a submission form which requires a membership to proceed further.  Our cheapest membership is $29.99, and with it, you’ll receive web content for a year and change.  Once you pay us, the contest will be free to enter.

Grand prize winner takes home a 500 word critique of any part of their story or poem, by the man himself, Ken Smith. 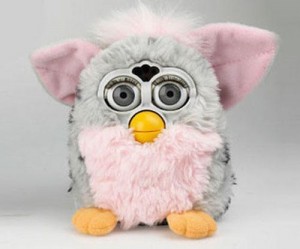 We’re a new market, but don’t think we’re about to stand here and accept any ole thang.

We’re not like mullets, because no matter how well you describe a particular segment of hair, the whole thing is still a hot mess.

We’re like Dove chocolate, and our readers are preggers, and they gobble our issues up like control doesn’t exist.

On that note, we’re definitely looking for female protagonists, because apparently that’s where the money is.  We want to give readers the impression that we’re a facilitator for women’s rights so we can hear that sweet sound of cha-ching!

You know what, writing isn’t really that important to us at all, so think money when you’re writing your stories, and if you see dollar signs at the end, then it’s probably for us.

Throw in a $5 reading fee, just cause, and make the payment through Paypal, cause we’re up with the times.

The Prestigious Magazine of Gold and Platinum

Well look at that, someone has an Internet connection equipped with a web browser!  Aren’t you just so freaking special?  But guess what, pal/ma’am, it doesn’t matter that you found our secret Internet hiding place, because…

Email equals laziness.  And so does not enclosing a self-addressed stamped envelope.  We’d like both envelopes stamped in wax and imprinted with your family crest.  While you’re at it, handwrite your story on parchment paper, and make sure you use a quill and fresh BLACK ink.

We’re just joshing about the quill and ink.  We’re only half-pricks.

If you’re snooping around our secret Internet hiding place, don’t think we’re stupid enough to let any helpful information lie around.  We don’t supply biographies on our website for the following reasons:

A) we want you to properly address our staff members

B) in order to do so, you need to embark on a quest to endlessly scavenge the Internet for bits and pieces of information on us

E) and that door is thicker than a vault

As editor, I’ve won so many awards that I’m not even going to waste the precious space listing them.  Other staff members have won awards, too.

Don’t send us generic queries, and don’t get out of hand trying to be too creative.  Be in the middle.  Don’t be a try-hard.  Don’t be a loser.

We’re a staff made up of pretend doctors and lawyers and other important people.  Maybe that’s the real reason we didn’t list our credentials. 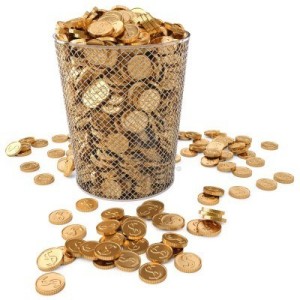 Each of our staff members has a huge garbage can, so don’t think we’re going to get to your story and say, “Well, shucks, my garbage is full, so I have to read this one or toss it on the floor and litter my office.”  Not going to happen.  There’s room for your garbage here.  And if one staff member’s trash can is full, we’ll just find someone else’s to throw it in.  Worst case scenario, if we’re out of garbage space, we honestly don’t care about littering (F nature!).  We’ll take your story outside and toss it on the sidewalk.  If it gets picked up by a homeless person who turns around and publishes said story elsewhere, we’ll track that person down and give them an award, because they somehow would’ve turned water into wine.  We’d name the person Jesus.  You suck.

Most editors say, “Oh hey, new writer, you don’t need professional credentials, and don’t worry about not winning any legitimate awards, and what’s that you say?  You wrote a science fiction story about a person who walks on the sun and you have no personal experience walking on the actual sun?  No problem!”

No.  Just no.  If you send us a story about walking on the sun, you better damn well have some sun-walking experience under your belt.  Haven’t won any awards?  Don’t make us laugh.  Haven’t professionally published even one piece?  Stop it, you’re killing us.

One more thing—we don’t pay a dime for your stories, because being included in our publication is an honor in and of itself.  You should, in fact, be paying us.

Honestly, we’re offended if you even think about getting paid.  Paid for what?  Words?  We’ve seen every word in your story used in countless other stories.  At the very least, those words are from the dictionary.  You’re stealing from the dictionary.

Don’t make us contact the dictionary and report your plagiarism.

When you send us a story, DO NOT submit to another market.

DO NOT get in trouble with the law.

DO NOT email us questions—they’re all stupid.

DO NOT expect anything from us, especially a form rejection.

DO NOT send us a friend request on Facebook.

DO NOT wear navy and brown together, or is it black and brown?

Screw it, DO NOT wear any combination of the following colors: navy, black and brown.

Yes, it only takes us 20 minutes to read your story, but we require 16 exclusive months to review and consider each piece.  Once we’re done wasting your time, then, and only then, can you submit your story elsewhere.

And before you submit, read at least 10 different issues of our magazine to prove to us that you’re willing to make a down payment in the hope that you’ll be part of that magical .00003% of people who make it.

What are we looking for?  That’s the only acceptable question, and we’re the ones who came up with it.

What we don’t want, and seriously, if we see any of this stuff, you’ll never hear a word from us again (as if you’re going to anyway):

The Velvet Pages Any Time of the Year (A.K.A. Perennial) Contest – Theme: Words 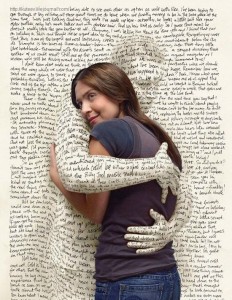 We know that’s a broad topic—words.  But that’s what we want—words.  We think words can be really good, and, yeah…

One grand prize winner will receive a $15 Applebee’s gift card which may actually have less on it, and the runner up will be awarded a digi-medal Photoshopped by one of our members—whatever one has 5 minutes to spare in order to research Photoshop’s Wikipedia page in order to figure out what it is and how to get it.

The entry fee is a measly $59.99 (yes, even for your haiku) payable by cashier’s check.

Did we mention that your story will also appear on our site for the rest of eternity?  So if you ever make it big, your winning contest entry will act as a visualization of the time you hit rock bottom—isn’t that cool?

Hi, I’m Ted.  How are you?  This is awkward, because that question can’t be answered.

Anyway, I’m a writer.  Became one last week.  Been writing hard for at least three solid hours and decided, why not?  Why not make an anthology?

Give me good stories, ones that make me cry and stuff.  And feelings and shit.  Sorry for cursing, but I think it’s cool.

The theme is open to whatever you want.  I think the name of the anthology is really awesome.  It’s my name, but you already know that.

And guess what, we’re going to Kickstart this mother fucker.  Yes, you and me and all of the other selected authors.  Shittin’ your pantz yet?

I’ll be paying each author in Trident Layers, you know, the gum?  Thought it would be funny.  And cool.  Writers are weird and stuff like that, right?

Tell everybody you know about Ted’s Anthology, because I wanna get a ton of submissions.  But space is limited, because when you have two dozen spots open, and more than two dozen people enter, then space is just limited.  My girlfriend and mom are doing stories.  They’re new writers, too.

I thought about changing the anthology title to Newbs, but I’m too full of myself.  Although I do have a great imagine in my head for Newbs where two author heads are being squished together, and from a distance, they look like boobs.  Maybe they’re wearing tiny hats that look like nipples or something.  I don’t know what kind of hats those are.

And while you’re writing whatever you write, look around your house for some sweet things to give away in our Kickstarter.  I’m not very creative, so I have no suggestions.

Look, this is the easiest way I came up with to make a quick buck, but I know it’s gonna be a hit.  With Amazon, anyone can publish anything, and when people hear that I’m a writer, they’re gonna be like, “Whoa!” and then I’ll be swamped signing so many goddamn autographs.

Any of you guys have that problem?

Can’t wait to not read your stories and just pick 25 at random.